Don't forget, a great impression of simplicity can only be achieved by great agony of body and spirit. 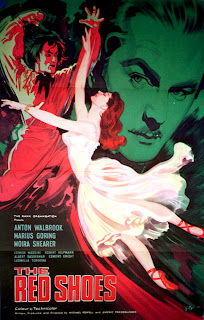 This poster is perfection! 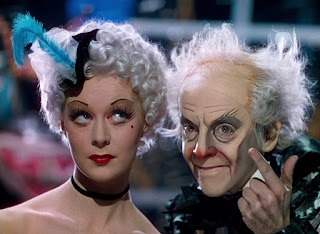 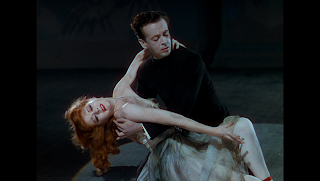 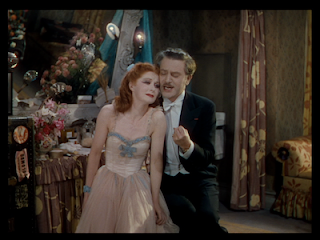 And last by not least, this moment... 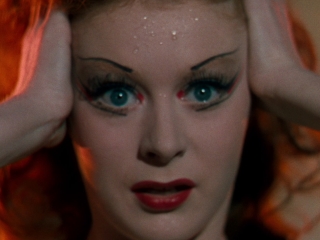 This pretty much sums up the past week as many dancers in Bozeman have just endured the almighty stress inducer known as "show week". The show is the annual IndepenDance Performance which features local dancers and choreographers in all styles of dance. It's a huge event and has continued to grow with each passing year. The performance is Saturday, September 12, and it has already sold out the Ellen Theater! Incredible!

Most of the choreographers start selecting their dancers in March/April each year and auditions are held to welcome new faces to the Indy family. This year I chose eleven dancers and began teaching the choreography in June. I also wrote the music, which began much earlier in the year, and was ready in time with the start of rehearsals.

This year, my piece is scifi themed and is inspired by the iconic film Blade Runner. 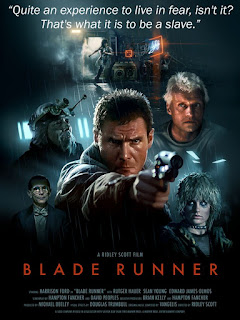 Now, even though Blade Runner's replicants are entirely flesh and blood, I wanted to evoke a bit of the typical android which is part human and part machine. So there will be eleven dancers on stage in sleek black costumes and silver-tinged makeup. One of the dancers described the piece as "sexy badass fembots", which is pretty awesome and definitely put a smile on my face. I always want the dancers to feel good about the piece and look forward to rehearsals. Hopefully, come Saturday night, there will be a collective shrieking of happiness, not only from the dancers having survived the seven minute cardio fest, but from the audience. And since we are the finale, the pressure is on to really knock their socks off. Gah! I'm getting so nervous!!!

Here's a sneak peek at the hair, makeup, and costumes for Pristine. 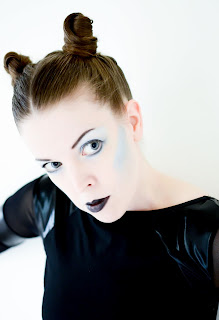 Since this is my fifth year being a part of IndepenDance, I thought it would be interesting to share all of my past choreographed pieces from each year's show. As a side note, I have this weird obsession with seven minute pieces, so all of these (except the Mozart piece) are seven minutes. And this year's piece is no exception. Thankfully, the committee hasn't told me to get over my seven minute OCD so far. Which is good, cause next year's piece will also be seven minutes. Haha! Oh, I also write all of my music for my seven-minute dances using Logic Pro and Omnisphere. It's how all of the madness begins.

First up, here's Pretty Constriction from 2011. A huge thank you to Ali, Paige, and Casey for being the first dancers to work with me and endure my weirdness. I like to imagine that these are the ghosts of tortured children. Uplifting, I know. I would have loved to have oversized Victorian toys lying about the stage, like rocking horses, porcelain dolls, and a spooky dollhouse. The costumes are wedding dresses that I dyed, cut, and altered to give them an antique princessy feel. We had dark red lipstick smeared around our eyes and on our lips. I'm the bitchy one in the mask who pushes the other girls around.

In 2012, I created this feel good piece called Mind the Gap. I wanted to do something faster and creepier so I came up with a beat and went from there. Let it be known that I'm a huge Pina Bausch fan, and I think I may have been inspired by her Rite of Spring. If you like some truly disturbing dances I suggest you look up her work on YouTube. Her Bluebeard is spectacular. For Mind the Gap, I envisioned these traumatized women haunting a subway station after their deaths. I think Casey, Stevie, Skye, and Jen managed to scare the hell out of me, so mission accomplished! The costumes are various nightgowns that I dyed in various shades of red to give them that bloody look. The makeup was black around the eyes and our hair was wet for that extra ick factor.

In 2013, it was all about witches. This one is called Mother Night. I'm a huge fan of the fantasy film Legend and have always loved how Darkness would say "mother night", so I totally stole it for the title. For the choreography, I wanted something that felt ceremonial, like a ritual happening deep in the forest when the moon is high and only the creatures of the night are stirring. It had to be sinister, but I also wanted to show the family dynamic of these women so they soften as the first light of day begins to peek through the trees. Here are Ann, Skye, and Stevie witching it up. The costumes are long black skirts that have been altered along with various corset tops that I detailed with scraps of black fabric. The makeup was a black widow's peak and black eyes with pale lips.

Last year, in 2014, it was vampires. The piece was called Three Sisters and it tells the tale of three women who are sisters, but only in the sense that they share in their vampiric nature. They need each other, both physically and emotionally, so even though they are deadly creatures, there is a lingering sadness and weakness. Maybe they long for their previous lives. Maybe they murdered their lovers and are tortured by guilt. Maybe they're just over their immortality. These aren't your violent vamps, by any means, more depressed and forlorn. I like to think of them as Dracula's discarded brides. So sad. Sad little vampires. Here's Stevie, Skye, and myself in our crypt-like gowns with bloodied lips haunting the night. Bwahaha!

And last but not least, here is Happy Birthday. This piece was actually only meant to be performed in the MSU Dance Concert, but since the performance took place in a studio and not on stage, the committee was kind enough to let it be part of the IndepenDance Performance.  It's the story of a spoiled little girl who is thrown a birthday party featuring not one, but eight clowns. When they gift her with a colorful and fun clown wig, she is less than impressed and proceeds to have a temper tantrum. Clown antics ensue. The music is some of my all-time favorite Mozart snippets from the opera The Abduction from the Seraglio. I first heard some of the music in the film Amadeus and had been wanting to do something fun with it ever since. So here are Ann, Elle, Erin, Jen, Kelly, Madeline, Megan, Skye, and Stevie killing it with their ridiculousness. All of the costumes came from my own collection that I have been hoarding away for many years, just waiting to bust them out for the perfect occasion. Enjoy!

I'm so excited for the performance on Saturday! Gah! Legs, don't fail me now! And here's hoping I don't fall from a balcony and get run over by a train like poor Miss Victoria Page. If you haven't seen the movie, my apologies for the spoiler. I'm pretty sure it's common knowledge that she dies at the end, right? I mean, it's called The Red Shoes. You know, like blood…blood red shoes? Cause she dies in them. Her wee little legs get run over by a train and she dies. In her lover's arms. And he takes off her red shoes, like in the ballet, and then she dies. Gah, it's so freakin' sad!!! Just watch it.

Posted by Damsel in the Dollhouse at 2:45 AM No comments: